When it comes right down to it, the biggest influence on my music is simply 'living.' In fact, as I look back on my collection of albums,each one seems fairly representative of a particular period of my life. The Tower, my first solo piano album, marks a period of transformation between my college 'rock band' days and my 'solo pianist' days. Thus, the music reflects my youth - it's dramatic, bold, and experimental. While the Trees Sleep is highly poetic, reflecting a poetic time - just out of college, searching for meaning and growing up into adulthood. The Last Waking Moment is based on a dream experience of such an intense nature that it changed lives outside the dream. The Vigil represents a deep, spiritual quest, from a time when I was testing and proving my faith. Postcards from Germany is a musical account of my travels in Europe and O Come Emmanuel is perhaps my most intellectual pursuit - an album done for the pure sake of making something completely new and different - a Christmas album like no other. Sweet Dreams and Starlight, is about a Father's love for his children, reflecting my own experiences as a father and learning how that love transforms, transcends and overcomes. Overcome was a tribute to my father and this faith, and an outpouring of emotion after losing him to cancer. Both Adoration and Revelation are worship albums, representing a five year period of my live spent exploring both traditional hymns and contemporary praise music. Finally, A Delicate Joy is celebration of life... influenced by travels and adventures had with my family. So, as you can see, each album comes from a different place, and represents a little chapter of life.

It's fair to say that the greatest influence on my music has been my onling relationship with my Father in heaven. My music reflects my spiritual journey, the ups and downs, the good days and bad days of my relationship with my God. My music is how I reach out to Him, I call out and express my heart to Him. Sometimes my music reflects my pain, sometimes my joy, but it always - through the good and the bad - reflects my laying my life and heart down before His throne.

But, I'm sure what you really wanted to know is about my musical influences. So here they are...

Each one of these albums had a major influence on my musical direction, particularly during my impressionable 'teen-angst' and college years. Take any one of these albums away and, believe it or not, my piano music just wouldn't be the same. They are listed more or less in order of their impact:

I can't say the following influenced my music per sé, but they are among my favorite records of all time. Again, they are listed somewhat in order:

In my role as the host of Whisperings: Solo Piano Radio, I hear a great many piano CDs. While I enjoy many of them, these are my absolute favorites in no particular order: 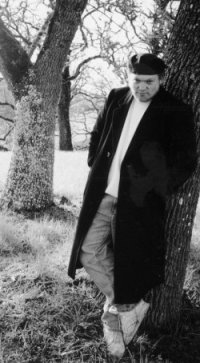