Stream David's music on Apple Music, Spotify or Pandora Radio!
Follow David on Spotify, Listen on Apple Music and/or Create a David Nevue Station on Pandora! David appreciates your support for his music on any of those streaming platforms - please feel free to share his music with your own friends, family and followers!

Prefer CDs? Get FREE SHIPPING on all orders shipped in the U.S.!
Purchase ANY 3 of David's CDs and SAVE 10%, ANY 5 and SAVE 20%! The discount will be automatically applied in your shopping cart. Note: If you're outside the U.S., you may need to pay customs fees, duties or taxes when the CDs arrive.


Any questions? Just Ask David! Not convinced? Read these Testimonials from buyers! 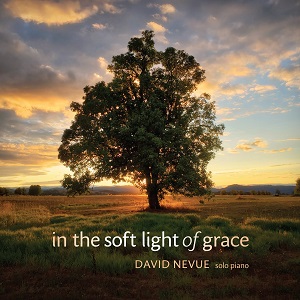 Just Released! Billboard Top 5, #1 on Amazon and iTunes instrumental music charts. After the success of his previous album, Winding Down, David put immense pressure on himself to do even more… to raise the bar again. However, after years spent burning the candle at both ends, David was worn out, restless and fighting increasing bouts of vertigo - the music just wasn't happening. David came to realize his only way forward was to STOP STRIVING… and so he did. He stopped trying to be "musically clever" and learned, once again, to just rest at the piano. Once he stopped trying and started trusting, the music began to flow, easily - like a peaceful river carrying him deep into the soft light of grace.

LISTEN TO or PURCHASE
THE DIGITAL ALBUM NOW 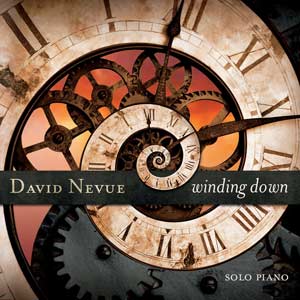 After taking a much-needed break from touring, David composed much of the music on Winding Down over a six week period. Every song is designed with purpose, not only to be melodically pleasing, but also to be melodically surprising. While the overall tone of the album is dark, the music is thoughtful and prayerful. It's what soulful yearning sounds like... music to comfort you in difficult, trying times, and to inspire hope in a crazy, out of control world. Nominated: "Best Solo Piano Album of 2015" by Zone Music Reporter. WINNER: "Best Solo Piano Album of 2015" by One World Music Radio. 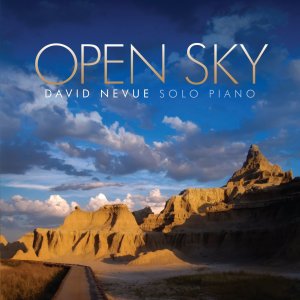 Open Sky is one of David's most diverse albums... a musical expression of freedom, exploration and the exhilaration that comes from seeing and experiencing new things. It's the perfect music for the open road! The album featuring 17 tracks, including the very popular title track, Open Sky, as well as Forgotten Places, Dark Afternoon and David's unique arrangements of Scarborough Fair, The Water is Wide, For the Beauty of the Earth and Morning Has Broken. Nominated: "Best Solo Piano Album of 2013" by One World Music. 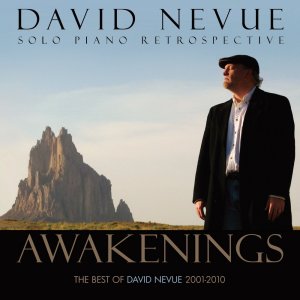 The Best of David Nevue (2001-2010). A collection of best selling songs from David's albums released between 2001-2010. Featuring highlights from Postcards from Germany, Sweet Dreams & Starlight, Overcome, Adoration: Solo Piano Hymns and Revelation: Solo Piano for Prayer and Worship. A great album to start your David Nevue collection with! 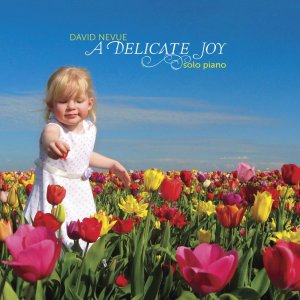 A joyful solo piano album that celebrates life, faith, family, and living every moment to the fullest! Need encouragement? This is the album for you. Includes Traveling Light, Hand in Hand, plus David's arrangements of Down by the Sally Gardens and Jesu Joy Canon in D. Nominated: "Best Instrumental Piano Album of 2011" by Zone Music Reporter. 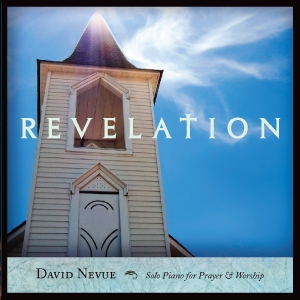 During the recording sessions for David’s hymns CD, Adoration, David spent time improvising on a number of contemporary worship melodies. Revelation is the result. The Revelation album contains five new hymn arrangements, four original songs and improvisations on ten modern worship classics. Includes Here I Am to Worship, Sing Hallelujah, Amazing Love (You are My King), More Love More Power, A Shield About Me and others. 19 tracks in all make this David's longest album yet! Over 70 minutes of music! 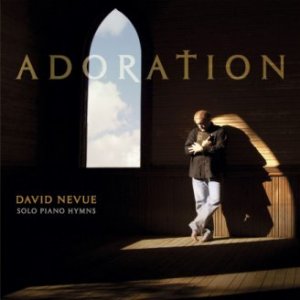 David’s landmark tenth CD, Adoration, contains David's beautiful renditions of fifteen favorite hymns, including Come Thou Fount of Every Blessing, Be Still My Soul, Just as I Am, How Great Thou Art, Amazing Grace and others. Nominated: "Best Instrumental Piano Album of 2008" at the Lifestyle Music Awards.

David’s ninth CD, Overcome is a response to the loss of his father to cancer in 2003. However, this album is not about sadness nor sorrow, but rather a testimony to the spiritual process of passing through it. On Overcome, Nevue includes his arrangements of five hymns and praise songs (It is Well With My Soul, As the Deer and others) as well as ten new original pieces including Overcome, A Moment Lost, Treasure Falls and Broken. Overcome is David's his most emotionally-charged album yet. WINNER: "Best Instrumental Piano Album of 2005" at the Lifestyle Music Awards. 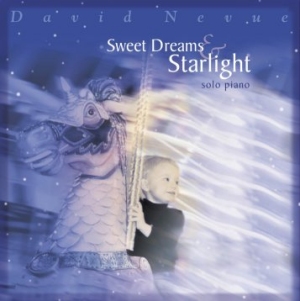 Inspired by the life changing magic of fatherhood, this album is full of sweet melodies, night songs and lullabies. Sweet Dreams & Starlight has a strong sense of wonder and captures the joy of discovery, both from the perspective as a child as well as that of an adult. As a result, this really isn’t a children’s album per sé, but an expression of humanity that anyone can relate to. Includes David's songs Sweet Dreams & Starlight, Eden Again, The Gift, his classic arrangement of Greensleeves and ten more. A great night-time album! 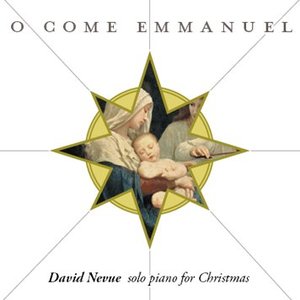 David's Christmas CD, featuring his unique arrangements of traditional Christmas songs. Nominated for "Best Holiday Album of 2003" by the Lifestyle Music Awards, O Come Emmanuel includes many of your traditional Christmas favorites - The title track plus Silent Night, God Rest Ye Merry Gentlemen, We Three Kings, Away in a Manger, Angels We Have Heard on High, Coventry Carol, Lo How a Rose E'er Blooming and others. 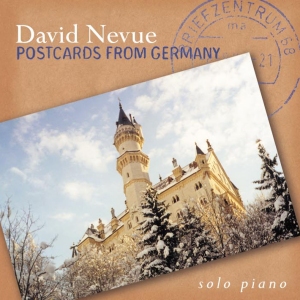 An album of musical postcards inspired by David's adventures in Germany and Austria. To quote David... "Germany is a land of wonders, filled to capacity with ancient castles and cathedrals. There were days we felt like we were exploring a fairy-tale land; a strange, storybook world, where everything was bigger and more fantastic. After we arrived back in the States, I began to put some of my favorite memories to music, trying to capture, in some small way, the moments that made the biggest impact on me." The album features Big Snow in Salzburg, Wonderland, Castle Hunting, Racing the Northern Lights and ten others. 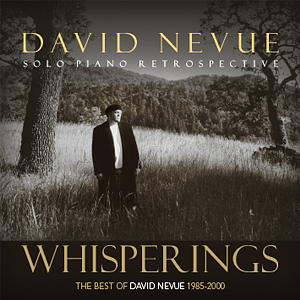 The Best of David Nevue (1985-2000). This collection features 15 fan favorites from David's first four albums, The Tower, While the Trees Sleep, The Last Waking Moment and The Vigil. In addition, Whisperings contains TWO BONUS previously unreleased tracks, The Night Season and David's very popular rendition of I Wonder as I Wander. 17 tracks total! A great album to start your David Nevue collection! 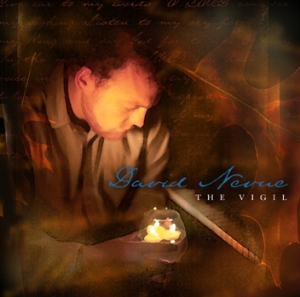 The Vigil chronicles the passage of a sleepless night, starting just before midnight and ending the following dawn. Based on the Psalms, this album grants the listener an intimate and unusual look into Nevue's personal prayer life. Includes the title track as well as Home, Psalm 77 and A Midnight Rain. David often cites this album as being his personal favorite. 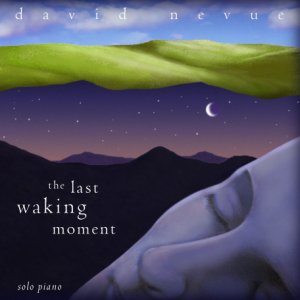 The Last Waking Moment is a thematic work based on a life-changing dream experienced by David's wife. The dream, an intense vision of a face to face meeting with Jesus Christ, had a profound effect on his wife Julie as well as David himself. The music on the album follows the dream journey though the Shadowlands to The Gathering Fields. The album features David's all time best-selling song No More Tears as well as Ascending With Angels and his popular arrangement of the hymn Be Thou My Vision. 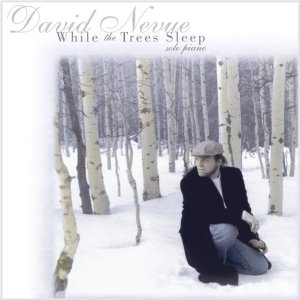 While the Trees Sleep, David's second album, is filled with themes of winter and solitude. Imagine yourself taking a long, quiet walk in the woods on a still winter morning. The rest of the world is far, far away. You're alone with your thoughts and prayers. A fan favorite and a timeless classic! Includes the title track, Solitude and David's Dance of the Muse. Great music for inspiration and relaxation! 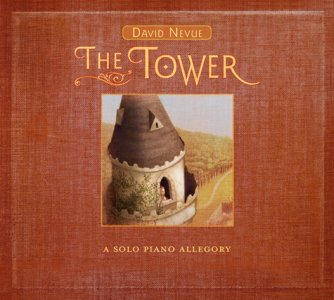 David's debut album is poetic, dramatic, youthful and exuberant! The Tower is a powerful, dramatic solo piano soundtrack to the original short story of the same name, also penned by the artist. The CD booklet includes the story in its entirety. A new and interesting musical twist on a classic fable turned into a clever analogy of the Christian faith.